Long Beach, CA (August 18, 2019) – One person was killed while two others were injured in a devastating DUI crash. The Long Beach crash occurred on Sunday, around 2:40 a.m., near the intersection of Pacific Coast Highway and Grand Avenue.

Reports claim that Osvaldo Ramirez-Vazquez, 21, was driving a 1999 Lincoln Town Car eastbound on PCH when he lost control of the vehicle. Vazquez was reportedly driving at extremely high speeds when he veered into the westbound lanes and was broadsided on the passenger side by a 2014 Cadillac XTS driven by a 49-year old Garden Grove man. The driver of the Cadillac and a 21-year old Bellflower passenger were trapped inside of the wreckage and required extraction by emergency responders. The passenger of the Lincoln sustained major injuries and was promptly taken to a local hospital for treatment.

Unfortunately, the passenger would later succumb to her injuries; her identity has yet to be disclosed to the public in respect to her family. Vazquez and the other driver suffered from minor injuries in the aftermath of the crash. Authorities stated that Ramirez-Vazquez was under the influence of alcohol during the accident and was arrested under the suspicion of DUI and vehicular manslaughter. An investigation is currently underway by authorities.

We send our condolences to the family and friends of the victim. We also wish a speedy recovery to everyone injured in this tragic accident. 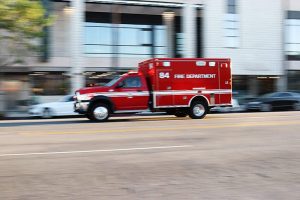