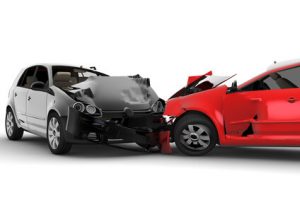 Firefighters, along with paramedics and police rushed to the crash scene.  There, they discovered the seriousness of the event.   A male in his 50s and a female in her 30s had to be pulled from their vehicles.   The female driver was airlifted to a hospital in Santa Barbara while the male was transported by ambulance to Marian Medical Center.  There is no update on their conditions at this time.

The California Highway Patrol is investigating the crash.  Traffic backed up in both directions on Highway 1 while policed worked to clear the accident scene.  It has since re-opened.  There is no word on which driver is responsible for causing the crash.

While this accident remains under investigation, we know that one of the drivers was negligent in hitting the other driver head-on. Police will investigate the crash and determine the responsible party.  In the meantime, we hope that all involved have a full recovery from their injuries in this serious crash.

If you have been hurt in a serious car accident you must hire a good personal injury attorney immediately.  You should be focused mainly on your healing in the weeks and months following a crash.  You do not have time to worry about things such as your legal rights and whether they are being protected.

At the Los Angeles Injury Group, we have helped hundreds of people just like you.  We take pride in assisting people with recovery following a Los Angeles car accident.  We do not stop until you case has been completed and you are satisfied with the results.

If you would like a free consultation with one of our Southern California personal injury attorneys, please call us today at 310-954-7248.