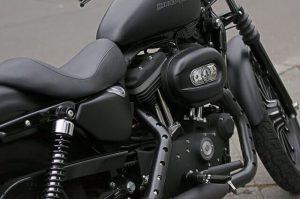 Police responded to the area of the accident around 1:16 p.m. CHP responded and found that a motorcycle and a truck had collided at the intersection for reasons that are still being investigated. Fire department officials and paramedics came to the scene immediately.

The patient was quickly airlifted to the hospital for further aid. Loma Rica Road was forced to shut down between the areas of Marysville Road and Los Verjeles Road while police continued to investigate.

As the investigation continues, more information will be revealed about what caused this accident to occur. We wish to extend our warmest thoughts to the party who was injured in this serious accident, and we hope for a speedy recovery.

Motorcyclists are at particular risk on our roadways due to the negligence of other drivers. Many people who share the roadways with motorcyclists every year will, unfortunately, not be watching out for the well-being of these vulnerable parties on our roadways.

If you have been injured in a motorcycle accident, you know how simple it is to walk away with one of these accidents with head injuries, neck and back injuries, broken bones, road rash, and more. Even the simplest accident can become traumatic in nature if someone falls off of their bike after they are struck by a vehicle, or the other driver was traveling at fast speeds at the point of impact.

At the Los Angeles Injury Group, we want to help in your time of need if you have been seriously injured in one of these accidents. Call us for more information on how we can stand by your side at 310-954-7248. We are waiting to hear from you in your time of need.