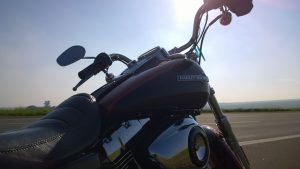 Linda, CA (July 28, 2018) – A 45-year-old man named William Elliott died this week after a crash involving his motorized scooter and another vehicle.  Elliott was riding the scooter on North Beale Road, near the intersection with Alberta Avenue.  For unknown reasons, Elliott drifted into the opposite travel lane where he collided with an oncoming vehicle.

Elliott suffered serious injuries in the collision.  He was thrown from his scooter onto the ground.  Medical personnel rushed to the scene to administer first aid.  Sadly, Elliott later died from his injuries.

No information was released regarding the motorist who struck Elliott.  Officers are still investigating the crash and no further details are available at this time.

Our thoughts and best wishes go out to the family of William Elliott following this fatal collision.  Every day across California, many collisions occur involving pedestrians, bicyclists and motorized scooters such as the one in this crash.  Unfortunately, these collisions usually end up being serious in nature due to their sheer force and the lack of protection provided by scooters, bicycles, and motorcycles.

When an injury crash occurs in Southern California, the first thing that must be determined is who caused the crash.  Cause of the crash is typically determined by the investigating officer on the scene.  The officer will look to see if any traffic laws were violated leading to the crash and whether a driver was otherwise distracted or negligent.   In these cases, the officer will prepare a written report detailing their observations and findings.  The report can later be used as evidence of negligence in a personal injury case.

If you were hurt in a Los Angeles car accident that was not your fault, you have legal rights.  The law allows you to recover for your injuries, including pain and suffering and medical bills.  You need an experienced Southern California personal injury lawyer to help with your claim.

At the Los Angeles Injury Group, we specialize in personal injury law.  We offer free consultations and we do not recover a fee unless we obtain money for you.  To speak with one of our attorneys, please call us today at 310-954-7248.