Lee Vining, CA (October 5, 2019) – A man from Mammoth Lakes, identified as 63-year-old Marvin McChristian, was driving a 1999 Ford F-250 pickup when his vehicle left the roadway for an undetermined reason and collided with a group of people who were located in or around the Mono Cone outdoor dining area.

The Mono Cafe is located on US-395, near First Street in Lee Vining. This incident took place in the town of Lee Vining on Thursday, October 3rd, at around 11:50 a.m.

Reports indicate that a group of four people were seated at a table, as well as several others who were ordering food at a pick-up window were hit by McChristian’s truck in the crash.

Two of the injured victims have been identified as Joan Montgomery, 71, and Marlin Montgomery, 73. Both parties sustained serious injuries following the crash. Another person was killed in the impact.

Two other people were also injured. No other parties have been identified at this time. The investigation into the collision is still underway.

We would like to offer our deepest condolences to the family of the deceased victim at this time. Our thoughts are with Joan and Marlin Montgomery and everyone who was affected by this tragedy. 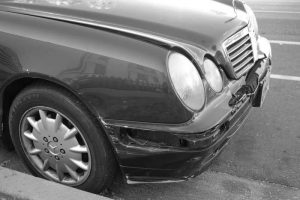 Over 32,000 people are killed in auto accidents each year across the country. California accounted for nearly 3,000 of all roadway fatalities in 2013. Residents of southern California are killed in crashes almost daily.

Los Angeles leads the state in roadway fatalities. 630 people were killed in 2013. In California, nearly 61 percent of all traffic accidents happen in urban areas.

Los Angeles Injury Group believes in helping native residents regain due compensation after being injured by a negligent driver. Our firm continues to grow as our Los Angeles personal injury lawyers serve the community. Contact our law offices at (310) 954-7248 if you have been injured unfairly in a vehicle collision.