Bicycles are a fun and important form of transportation for thousands of Californians. In addition to providing valuable forms of exercise, many people also use bikes to get to and from work.

In general, California’s typically favorable weather allows for ideal bike-riding conditions, but people can be seriously injured in bicycle accidents that are caused by the negligence of other parties— often the drivers of motor vehicles. As the California Bicycle Coalition notes, bicyclists have the same rights as drivers of motor vehicles, but the truth is they also have nowhere near the same level of protection.

If you were severely injured or your loved one was killed in a bike accident in Southern California, make sure that you contact the Los Angeles Injury Group as soon as possible. Our firm can fight to ensure that the negligent party is held fully accountable. 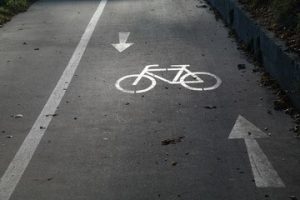 Collisions between bicycles and automobile can occur for all kinds of reasons, but many accidents seem to frequently involve a negligent driver. In some cases, a motorist may have been violating a state or local traffic law be engaging in speeding or reckless driving.

One of the most common kinds of accidents is a left-turn collision, which occurs when a driver turns left in front of an oncoming bicyclist. In such cases, cyclists are entirely powerless to avoid collisions. Many bicyclists are thrown several feet from their bikes, often worsening the severity of their injuries.

Another incredibly common kind of crash that is especially common in urban Los Angeles is the so-called “dooring” accident. A dooring wreck occurs when the occupant of an automobile opens a door without first looking for oncoming cyclists. Again, cyclists cannot avoid these collisions.

A bicyclist may be wearing a helmet while riding, but most cyclists are not afforded much additional protection. The unfortunate consequence of this exposure means that many people involved in bike accidents suffer incredibly severe injuries.

Common types of bicycle accident injuries include, but are not limited to:

The extent of thee injuries not only involves lengthy hospital stays that lead to overwhelming medical bills, but also the need for rehabilitation. In many cases, victims can be unable to return to their former jobs—or any line of productive work.

Were you seriously injured or was your loved one was killed in a bike wreck in Los Angeles? Contact the Los Angeles Injury Group before you speak to any insurance company. Our firm serves communities throughout the greater Los Angeles area.

Our Southern California personal injury lawyer will fight to get you all of the compensation you need and deserve. You can receive a complete evaluation of your case as soon as you call (310) 954-7248 or contact us online to set up a free consultation.