Is a Third-Party Liable for Your Workplace Injuries?

There are many ways in which a workplace accident occurs. Perhaps you weren’t properly trained to use a certain piece of equipment, and because of using it improperly, you sustain serious injuries. In a case like that, an employer could be liable for your injuries because they are the ones who failed to train you. But what happens in a scenario like this: You are a delivery driver and, while in route to a customer during working hours, a drunk driver strikes your vehicle and you are seriously injured. Or take this example: An employee is using a vehicle in the workplace and, all of a sudden, the brakes fail and an accident occurs, causing injuries. In this case, a defective product was to blame, which could fall onto the manufacturer. In the other scenario, it was a drunk driver.

In both these cases, somebody other than an employer contributed to the accidents. And, although you will probably still be able to receive workers’ compensation benefits since the injuries occurred during your line of work, you may also have what is known as a third party injury claim. This means that you will essentially be bringing two claims: a workers’ compensation claim for benefits, as well as a third party lawsuit.

What Must Be Proven? 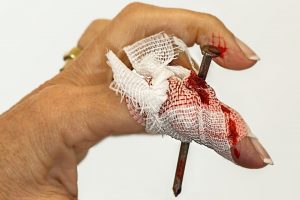 Because third-party injury claims work much like other personal injury claims, there are some elements that you must prove. For instance, just as with every car accident and medical malpractice claim you may have heard of, you would have to prove the third party’s negligence and fault. In the case involving the drunk driver, you would be showing the court that the drunk driver acted negligently by choosing to get behind the wheel of the car drunk. In the case of the manufacturer, you would have to show that the vehicle was either negligently designed or manufactured and that the manufacturer was aware of defects. This means that you would be showing that these parties owed you a duty, breached that duty, and the damages that resulted (your injuries). However, in the case of a manufacturer, your third-party claim may be easier to prove, as you could use strict liability as a way to show that there was a defect and it caused you harm.

Why Bring a Third-Party Injury Claim?

The truth is, not every type of benefit could be available to you under workers’ compensation. Perhaps you’ve received income for lost wages and medical treatment under workers’ comp, but you still want to receive compensation for things like pain and suffering and loss of consortium because of the mental injury you’ve sustained. This is why a third party claim comes into play because it covers the rest of the damages you have lost. Many benefits may be available to you, and lots of doors opened when you decide to pursue both claims to gain maximum coverage for your injuries.

If you have been injured by a party other than your employer, you may be able to bring a third party injury claim to work alongside your workers’ comp benefits. We are here for you when you aren’t sure of how to move forward. Call us at the Los Angeles Injury Group at 310-954-7248 for a free consultation. We want to help in your time of need.