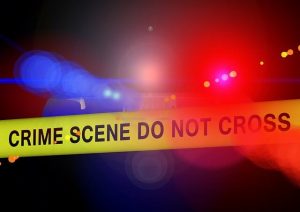 Irvine, CA (August 19, 2018) – A suspected impaired driver caused a fatal crash on the Interstate 405 Freeway Saturday.  The crash took place just after midnight.   Police say that 29 year old Adrian Marquez was driving a 2001 Ford Explorer in the northbound lanes of the interstate.  Suddenly, the vehicle left the roadway to the right and crashed into a metal pole.

A passenger in Marquez’s vehicle was ejected and thrown into the roadway.  The passenger suffered critical injuries and later died.  A second passenger was also seriously hurt and was transported to a hospital for treatment.  That passenger is believed to be in critical condition.

Marquez was transported to a hospital following the crash.  Investigators determined he was impaired and issued criminal charges against him.

An investigation into the crash remains ongoing.

We extend our condolences to the family and friends of the deceased and injured victims in this accident.   The pain of losing a  loved one to a car accident  is one of the worst things that anyone should have to experience.

Unfortunately, this accident highlights the dangers of driving under the influence.  Whether it is alcohol or drugs, getting behind the wheel while impaired is one of the riskiest choices one can make.  Riding in a vehicle with an impaired driver is just as risky as driving while impaired.

The injured victim and family of the deceased victim will have the right to pursue legal claims against the driver.  Whenever negligence directly leads to injury the injured victim or their family can seek compensation for losses sustained in the crash.

While we know it is never easy to think about, you have legal rights in these situations.  If you find yourself in need of Southern California personal injury attorney, we can help.  At the Los Angeles Injury Group, our attorneys have the experienced needed to help you recover in any type of personal injury case.