Huntington Beach, CA (September 04, 2019) – According to local authorities, an 88-year-old resident of Fountain Valley has passed away due to injuries she received over a week ago in a two-car accident in Huntington Beach.

Huntington Beach police were made aware of the woman’s death on Monday, September 1st. She had received emergency transportation to Huntington Beach Hospital after experiencing consistent back and neck pain.

The elderly victim, whose identity has not been released, was driving a 2007 Toyota Camry when the collision took place near Beach Boulevard and Cypress Drive.  This happened at about 1:40 in the afternoon.

A 2015 Mini Cooper was the other vehicle involved in the accident. According to authorities, it sustained minor rear-end damage.

The other driver was a 27-year-old female from Los Angeles. She was not injured during the collision.

The investigation into the cause of the fatal accident is still ongoing. 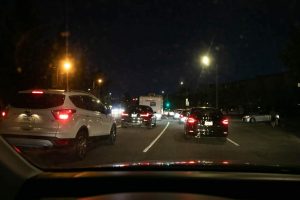 There are a lot of different ways in which car crashes can take place. The majority of car accidents happen when one driver makes a bad choice. This poor decision in conjunction with a car’s speed and overall size will usually result in a catastrophic outcome. The legal definition of a bad choice is “negligence.” Negligence indicates that one of the drivers did not exercise their reasonable duty of care and, as a result, somebody ended up getting injured.

If you or someone you love has been injured as the result of a car accident in which you were not the negligent driver, then California law allows for you to receive financial compensation for any damages that the other driver’s carelessness has cost you.