Hoopa, CA (September 07, 2019) – Officers from the California Highway Patrol are currently looking into the death of a young pedestrian who was hit by a car while walking in the street, at State Route 96 and Mill Creek Road in the early morning.

Based on information contained in a press release, a driver contacted the local authorities to report that she had hit a pedestrian shortly before 12:30 in the morning. Emergency medical teams arrived quickly and confirmed that the pedestrian was suffering from injuries consistent with having been struck by a vehicle and attempted to administer life-saving medical treatment.

The pedestrian, whose age and identity have not been released, was pronounced dead at the scene by the Humboldt County Coroner’s Office.

The driver of the vehicle, 28-year-old Vanessa Graeber, a resident of Hoopa, was interviewed at the scene. Alcohol consumption was determined not to be a factor in this tragic accident.

The press release also notes that it has yet to be determined why the juvenile was walking in the roadway. 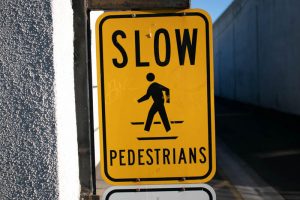 All too often, families who endure the tragedy of a wrongful death also endure massive financial losses, both upfront and well into the future. These financial losses could include expenses related to the deceased’s medical care, funeral costs, burial costs, and lost future income. The pain and suffering the surviving friends and family must deal with are immeasurable.

When another person’s reckless, careless, or malicious behavior is the cause of death for another person, the deceased’s surviving family members are able to bring a claim against the responsible person.

If you or someone you love has been killed in a pedestrian-involved accident then you may have a right to financial compensation to cover any damages such as hospital bills, lost wages due to time away from work, pain, suffering for this wrongful death. Here at the Los Angeles Injury Group, we will stand by your side throughout your case and make sure your rights are protected. For a free consultation regarding your case, call us today at 310-954-7248 and find out what we can do for you.