Hayward, CA – Two People Killed in Collision with a Tour Bus on Interstate 880

Hayward, California (October 31, 2018) – A man and a woman were killed in a four-vehicle collision involving a tour bus Tuesday night on Interstate 880 in Hayward. The collision transpired at approximately 10:40 pm on the northbound lanes in the area of the Whipple Road exit. 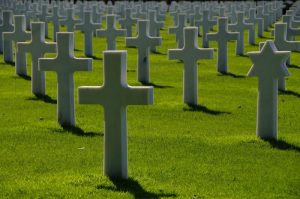 Officials have confirmed, a tour bus was heading northbound on Interstate 880 at speeds of 65 mph or faster when, for indeterminate reasons, it collided into the rear end of a 1997 Lexus. The tour bus was then thrown forward and landed on the back of the Lexus. The impact of the crash pushed the Lexus to the left and out of the path of the tour bus. The bus continued to slide forward and rear-end a 2011 Ford. The impact of the collision threw the Ford into the back of a UPS truck, wedging the Ford between the tour bus and the truck. Eventually, the bus landed on top of the Ford. Police and firefighters rushed to the scene of the accident and attempted to revive a 57-year-old Hayward woman as well as a 46-year-old San Lorenzo man. Sadly, both injured victims succumbed to their injuries and died at the scene of the accident. First responders transported a 61-year-old Salinas man driving the UPS truck to a local hospital for more in-depth treatment of neck pain. The fatal accident prompted the closure of all northbound lanes on the freeway for about seven hours. Investigators are still trying to determine a probable cause of the accident.

Our deepest sympathies go to the friends and family of the deceased victims. We wish for courage and strength during this time of sorrow.

At this time, the California Highway Patrol is currently investigating this tragic accident.

Every day in California, drivers face countless risks on roadways and highways. Motor vehicle accidents that involve large buses, semi-trucks or other large commercial vehicles are an ongoing problem throughout California and the nation.

The injuries that people sustain in these accidents can be devastating and life-altering.   It could even result in loss of life. The lawyers at the Los Angeles Injury Group have the skill and experience to fight the insurance companies that represent them, and the teams of lawyers that will be working for them.

You need someone in your corner that can maneuver the complex and complicated legal system with ease and make sure that your rights are protected. You cannot go up against these insurance companies alone. You deserve to have a skilled attorney fighting for you. Call us today at 310-954-7248 to schedule a free consultation with one of our qualified team members.

Disclaimer: We intend to honor the victims who have been involved in these everyday tragedies. Please do not misconstrue our information as legal or medical advice by any means