Fresno, CA (September 25, 2019) –  A bike rider was injured on Tuesday, September 24th when he was hit by a car at the intersection of Winery Avenue and Olive Avenue in east-central Fresno.

The 35-year-old victim was riding his bicycle against the flow of traffic on the sidewalk at approximately 4:00 p.m. According to initial reports, the cyclist attempted to turn in front of a vehicle and was struck.

Emergency technicians transported the man to Community Regional Medical Center where he was treated for unspecified head injuries and a broken leg.

The driver of the vehicle remained at the scene and cooperated with the local authorities.

Our thoughts are with the injured victim and his family at this time. We hope for a full recovery. 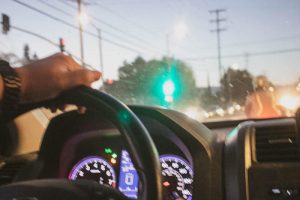 While riding a bicycle is good for both your health and for the environment, and remains a cost-effective way of travel it also comes with dangers that are inherent due to the lack of protection a cyclist has, and due to the nonchalance of those driving cars on the same roadways.

According to data compiled by the National Highway Traffic Safety Administration, 5,376 pedestrians and 818 bicyclists were killed in 2015 in accidents involving a motor vehicle. This accounts for nearly 18% of the total 35,092 motor vehicle fatalities that occurred that year. For bicyclists, that means an average of over two people a day lose their lives in a car accident.