Whiplash is such a common injury stemming from car wrecks that people have begun to immediately claim they suffered it even when such is not the case. The frequency with which whiplash claims are made has inevitably made insurance companies double down on their attempts to avoid paying out such claims.

The unfortunate truth is that whiplash is a severe injury that can include a number of symptoms, including severe pain and loss of motion. Despite the severity of real claims, insurers seem to frequently assume most whiplash claims are fraudulent and often require extensive—bordering on unreasonable—levels of medical paperwork to support the claims. 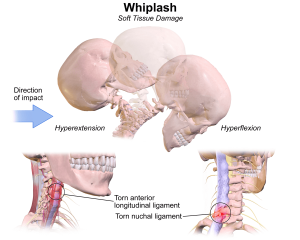 The first thing any individual should do following a car crash is to seek medical attention. This is true even when a person does not think he or she was hurt. In fact, injuries such as whiplash often involve delayed symptoms.

By having a medical professional perform an evaluation immediately after an accident, you will identify your injury more quickly and receive the best possible treatment. More importantly, you will have created a medical record that will support any subsequent whiplash injury claims.

If a person refuses medical care or delays treatment, the insurance company will be much more likely to deny that person’s injury claim. Failure to seek medical care is widely viewed as being evidence of a later injury claim being fake, even when that is not the truth.

Whiplash is further complicated because people can suffer this type of injury in accidents involving various speeds. Not only do people often sustain whiplash in high-speed crashes but even low-speed collisions can lead to some victims suffering the same injury.

The unfortunate difficulty to proving whiplash is that an injury is not as plainly evident as many other types of harm, such as broken bones which can be demonstrated through X-rays. With whiplash, the proof of the injury inevitably is the victim’s word, and insurance companies are always inclined to doubt the sincerity of such claims.

Whiplash injuries can cause all sorts of difficulties for victims. Some people may be unable to return to work. Some may require additional medical attention. All can be entitled to have the negligent party compensate them for these losses.

If you suffered a whiplash injury in a car crash caused by another party’s negligence, it is in your best interest to immediately retain legal counsel. The Los Angeles Injury Group represents individuals all over the greater Los Angeles area.

Our lawyer will fight to make sure you receive every last dollar of compensation you are entitled to. Our firm will conduct an exhaustive independent investigation of your accident. Call (310) 954-7248 or contact us online to set up a free consultation.