Everyone is Exhausted & It’s Making Us Bad Drivers

According to statistics that have been compiled from a recent research study coordinated by the American Council on Science and Health, people who chronically experience acute sleep apnea have been associated with a 123% higher probability of being involved in an automobile accident than their peacefully slumbering counterparts. The data also demonstrated that sleeping for just six hours a night has been connected to a 33% higher probability of being involved in a collision, as opposed to getting the recommended eight hours every night.

It’s common knowledge that a chronic lack of adequate sleep is probably going to be the catalyst for a car accident somewhere along the line. Until the past few years, however, there was an insufficient amount of reliable research being conducted to be able to interpret this information into reliable facts and figures when facing a lawsuit. 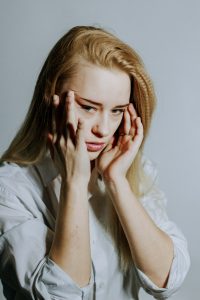 For example, what if there was a person (and we all surely know one, or possibly are one) who exists in a state of interminable sleepiness? So much so that they do not even realize that they are sleep deprived? Furthermore, those who endure any form of insomnia or acute sleep apnea are more liable to feel that they are naturally equipped to more effectively deal with the side effects of habitual sleep deprivation and feel that they are more adept at circumventing an auto accident than those who are routinely well-rested.

According to the Division of Sleep and Circadian Disorders, some clues that you or somebody you know might be one of the Up All Night Gang includes but are not limited to:

Driving while you are tired can be extremely hazardous. It has been demonstrated that operating a motor vehicle with an inadequate amount of sleep has a very similar effect on your capacity to function and think as imbibing a judicious quantity of alcohol. Going without sleep for 18 consecutive hours is the equivalent of drinking yourself into a blood alcohol level of .05%. Remember, the blood alcohol content where you are deemed to be too drunk to legally drive in almost every state is only .08%.

If you or someone you love has suffered an injury from being involved in a car crash in which you were not the negligent driver, there are statutes in place that were created specifically to help you receive the full amount of restitution that you are owed by the other driver.

At the law offices of Los Angeles Injury Group, we have skilled personal injury attorneys who have spent decades helping California car accident victims recover the financial compensation to which they are entitled. If you have been hurt in a car crash and would like to schedule an appointment for a free, no-obligation consultation regarding a personal injury case that you feel you may have, speak with a qualified personal injury attorney today by reaching out to us at (310) 954-7248 as soon as you are able.