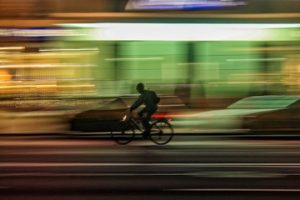 Empire, CA (August 25, 2018) – In Empire, one person lost their life in a fatal bicycle accident that occurred on Yosemite Boulevard. The accident happened on Thursday night at 9:45 p.m.

An unidentified man had been riding in eastbound traffic lanes before he was struck by a Lexus driven by 26-year-old Ana Cruz. Cruz had been driving around 55 mph at the time. He tried to evade the bicyclist but was unable to do so. When the two collided, the bicyclist was ejected from his bike.

The male victim did not survive his injuries and was pronounced dead at the scene. At this time, police continue to investigate the incident.

We offer our sincerest condolences to the family of a loved one who lost somebody close to them too soon. This is the case for many bicycle accidents that happen every year across California.

Many bicyclists are injured or killed every year due to drivers who are not paying attention to the roadways. There are many factors that contribute to these horrific accidents such as drivers riding into a bike lane, failing to yield the right-of-way, failing to look for cyclists in intersections, distracted driving, and more. If you have lost somebody close to you in one of these accidents, we are here for you.