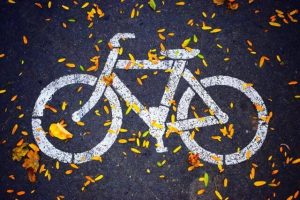 El Cajon, CA (August 5, 2018) – A bicyclist was fatally injured in a collision on Avocado Boulevard Saturday morning.  Around 8:00 am, the bicyclist was riding a road bike in the southbound lane of the roadway.  At that time, the bicyclist was struck by a Toyota Camry as he attempted to turn left onto Nabal Drive.

The bicyclist suffered critical injuries and was found by paramedics lying in the roadway.  Unfortunately, life-saving efforts were unsuccessful and the bicycle rider was pronounced dead at the scene.  Police have not identified the rider at this time.  The Camry driver is identified as a 63 year old woman.  It is unknown whether she suffered any injuries in the crash.

Police are still investigating this accident.  There is no word at this time on a cause of the collision or whether any charges will be issued.

We are saddened to hear of this tragic bicycle accident.  Our thoughts are with the family of the deceased victim during this difficult time.

A bicycle accident can be devastating to the victims.  In a large city such as Los Angeles, there are many bicyclists out and about daily.  Police are accustomed to calls involving bicycle accidents and injuries.  If a bicyclist is injured in a crash with a vehicle, it is first important to determine who is at fault, or negligent in the collision.  If the vehicle operator was negligent, for example by failing to yield, the bicyclist may recover from the driver’s insurance policy.

In this case, it remains unclear who was at fault for the accident.  Subsequent police investigation, including statements of those involved as well as observations of any witnesses at the scene will be crucial in determining who was responsible for the accident and, ultimately, whether the bicyclist’s family may look to the driver for compensation for his death.

Bicycle accident cases involve delicate issues of traffic and personal injury law and should never be handled without an attorney.  At the Los Angeles Injury Group, we have assisted bicyclists injured in accidents in and around the Los Angeles area.  If you are facing this situation, please call our office at 310-954-7248 for your free consultation today.