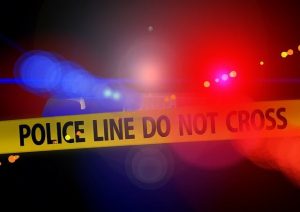 Costa Mesa, CA (July 30, 2018) – A Saturday collision in Costa Mesa left five people injured and one arrested.  The crash took place just before 11:00 am on Harbor Boulevard.  That is where police say 27-year-old Destiney Nielson was traveling northbound on Harbor Boulevard.  Moments before, police attempted to apprehend Nielson after determining she was driving a stolen vehicle.  Nielson drove away at a high rate of speed.

As she continued fleeing from police, Nielson attempted a left turn.  She was unable to make the turn successfully due to her speed and instead slammed into several vehicles at the intersection.

Five people suffered injuries as a result of the crash.  Fortunately, the injuries are all considered minor and not life-threatening.   Following the collision, Nielson was arrested for DUI and car theft.  A passenger in Nielson’s vehicle was charged with possession of drug paraphernalia.

The roadway remained closed for approximately an hour while authorities cleared away the wreckage and investigated the crash.

This crash is a reminder that not everyone on the roadway is concerned with the well-being of others.  Thankfully, the reckless driving did not result in death or serious injury, although the story could have easily been different.  Based on the initial reports, it certainly appears as though Destiney Nielson is legally responsible for this crash.

If you have been hurt in a car accident, you have legal rights.  In order to protect your rights, you should contact an experienced Southern California accident attorney.  At the Los Angeles Injury Group, we fight to protect our clients and help them get the compensation they deserve.