The Los Angeles Injury Group handles mass tort claims in Southern California and can assist you during the proceeding. Call (310) 954-7248 right now to have our firm schedule a free consultation that will allow our Los Angeles personal injury attorney to provide a complete evaluation of your case. 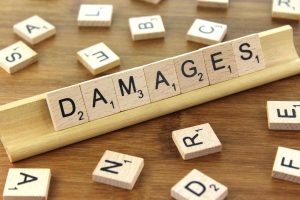 In a class action lawsuit, Federal Rule of Civil Procedure 23 establishes that, in order to certify a class, the lead plaintiff will have to satisfy certain prerequisites under 23(a) regarding class size, commonality of claims, common questions of law, and fair representation.

In a class action lawsuit, all class members receive the exact same damages award. Mass torts are different as they allow for plaintiffs to retain their own attorneys and some may receive larger awards than others.

Mass torts are a broad category of law, and federal mass tort claims are frequently consolidated as multidistrict litigation, a special procedure in which federal cases from around the country are transferred to one court.

Through multidistrict litigation, civil actions involving common questions of fact in different districts are transferred to a single court. This process usually allows the attorneys for plaintiffs to pool their resources.

The United States Judicial Panel on Multidistrict Litigation determines when a group of federal civil cases from around the country should be consolidated into a single federal court.

Over the years, a number of items have infamously been involved in mass tort claims, including:

Were you the victim of a defective product or dangerous drug that may harm other people in Southern California? Contact the Los Angeles Injury Group as soon as possible.

Our experienced Los Angeles personal injury lawyer can help you determine all negligent parties in your case and ensure each of them is held fully accountable. Call (310) 954-7248 or contact us online to have our firm review your case and help you understand all of your legal options during a free consultation.