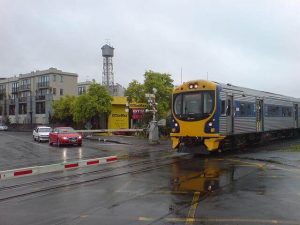 Chico, CA (August 20, 2018) – Early Saturday morning, a driver lost their life when they were involved in a Chico train crash around 2:26 a.m. It happened at West Sacramento Avenue.

When firefighters and police officers arrived at the scene, they found that there was one badly damaged vehicle on the east side of the tracks. They went to aid the motorist and found that he was unresponsive.

The firefighters were able to extricate the driver in a laborious rescue and were able to attempt CPR. The driver was then transported to Enloe Medical Center but, while there, he was pronounced dead. His name has not yet been released pending family notification.

There were passengers on the Amtrak train at the time but police have reported that, fortunately, none have been injured.

We extend our condolences to you and your loved ones during this time if you have lost somebody close to you in a train accident.

California actually leads the nation in preventable fatalities that happen on the railroads. The number of fatalities that Amtrak alone has experienced over the past few decades is unfortunately on the rise.

If you or somebody you know has been involved in one of these accidents, you have a right to recover damages during this complicated time. If you have been injured, you have a right to receive compensation for aspects like medical bills, future rehabilitation, present and future lost wages, and more. If you have lost somebody close to you, you might receive compensation for funeral costs and many other aspects.

We will stand by your side and help you every step of the way in the claims process when you or somebody you know has been involved in a train accident. Let us help at the Los Angeles Injury Group. Call us today for a free consultation at 310-954-7248.