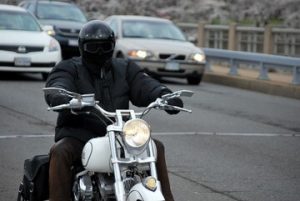 Carmichael, CA (September 2, 2018) – A motorcycle hit-and-run took place at Madison and Schuyler that led to serious injuries in Carmichael. The accident took place Friday night around 3:37 p.m. according to police.

Police discovered that a motorcyclist had been struck by a vehicle at the intersection in the area. Paramedics responded and attended to the rider, who was left with a variety of injuries due to the crash. The driver involved did not render aid and fled the scene. Dispatch then mentioned that the suspect was found by police but they were unsure if an arrest was made or not.

Authorities are still working on their investigation at this time.

It is common knowledge that all drivers must remain at the scene of an accident after they have been involved and somebody sustained injuries. If a driver decides to flee the scene, they could receive hit-and-run charges.

In this case, the investigation will likely conclude that the motorcyclist is entitled to compensation during this time that will help them cover aspects like hospital bills, future medical care, lost income from missed work, and more.

Let us stand by your side and help you receive the assistance you need during this time at the Los Angeles Injury Group. Call us for more information at 310-954-7248.