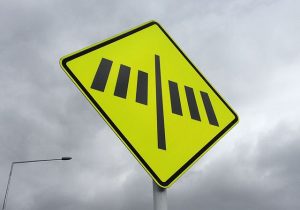 Carlsbad, CA (August 19, 2018) – A pedestrian was struck while walking on Friday night in Carlsbad.  The incident took place around 8:15 pm at Carlsbad Boulevard and Sycamore Avenue.  Reports indicate that a 60 year old man was walking eastbound at the intersection.  The man was walking in a marked crosswalk when a Toyota Prius came through the intersection and struck him.  The Prius was traveling in the northbound lanes of Carlsbad Boulevard.

Fire and emergency rescue workers responded to the crash scene, along with police.  The injured man was transported to a hospital with serious injuries.  It is not known if the injuries are life-threatening.

The motorist, identified as a 60 year old man, remained on scene and cooperated with police.  There is no indication on whether police intend to issue charges associated with this crash.

The road was closed for several hours while the police investigation and clearing efforts were underway.

We are saddened to hear that the pedestrian was hurt in this crash and hope for a speedy recovery.

In every pedestrian accident, investigators will work to determine a cause of the collision.  In this case, the initial reports point to fault on behalf of the vehicle driver.  Pedestrians have a right to be in marked crosswalks.  While in these crosswalks, vehicles are required to yield to the pedestrian.

In California, an injured victim has two years from the accident date to bring suit against the responsible party.

If you or someone you love has been injured in an injury accident, our Southern California car accident attorneys at the Los Angeles Injury Group can help.