At the beginning of this year, recreational marijuana was legalized all across California, meaning that a medical card is no longer necessary to purchase pot in the state. Now, we all know that driving under the influence of any alcoholic beverage or driving under the combined influence of an alcoholic beverage and a drug, with a blood alcohol content of 0.08 or greater, has been illegal for years in California, but what does the legalization of recreational marijuana add to the mix?

Under California’s new laws, marijuana cannot be smoked in vehicles. Either using pot or having an open container of marijuana in any form in a 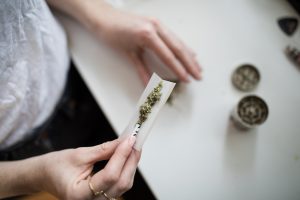 Proving DUI of marijuana is often a challenge for a prosecutor. This is because unlike alcohol, California law has provided no “legal limit” for marijuana mostly because a blood test to check for marijuana levels wouldn’t work the same as the blood test for alcohol levels. However, a motor vehicle operator is considered “under the influence” of marijuana when, as a consequence of consuming cannabis, his or her mental or physical abilities are so impaired that he or she is unable to drive a vehicle with the caution of a sober person under similar circumstances. A jury or judge are the ones who decide whether the prosecutor has proven beyond a reasonable doubt that the defendant drove under the influence of marijuana.

The penalties for driving while stoned are still the same as driving while drunk. So are the financial consequences for driving under the influence, including the inability to recover non-financial damages (inconvenience, disfigurement, physical impairment, pain, suffering, and other non-monetary damages), if the injured person was under the influence at the time of the incident, therefore operating the vehicle in violation of California law..

At Los Angeles Injury Group, our experienced attorneys have helped clients win cases against those who have suffered injuries in automobile accidents caused by those under the influence of alcohol or marijuana. We understand how life-altering these injuries can be, which is why we fight for our clients until they receive proper compensation. If you, or someone you love, received injuries as a result of a vehicle accident due to DUI, call (424) 625-7824.