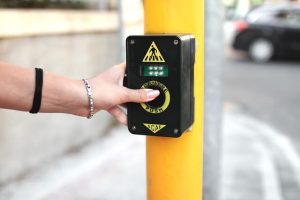 Beaumont, CA (October 8, 2018) – On Saturday, October 6, one person was killed in a serious fatal pedestrian accident that took place on Interstate 10 Freeway in the early morning hours. The pedestrian has since been identified as 28-year-old Taylor Matich. At the time, police said that Matich had been walking in a southbound direction on the eastbound lanes of the interstate.

Matich was pronounced dead at the scene by paramedics. The identities of the motorists involved were not released and no other injuries were reported.

Liability is still being determined at this time.

We offer our sincerest thoughts, prayers, and condolences to the family of Taylor Matich at this time, as we understand that you are going through a difficult time. Many families feel at a loss when somebody has been taken from them too soon. Luckily, you have a variety of options in your case.

After you have lost somebody close to you in a pedestrian accident, the first thing that you might wonder is how you will be able to afford all of the bills associated with one of these accident cases while you are working on grieving and recovering. The medical bills might keep piling up and the funeral costs are one more concern for you and your family.

You have the right to bring what is known as a wrongful death claim in your case, which will help you compensate for a variety of aspects that you need to be covered during this difficult time. Call us for more information at the Los Angeles Injury Group to find out what we can do for you. We are waiting to hear from you at 310-954-7248.