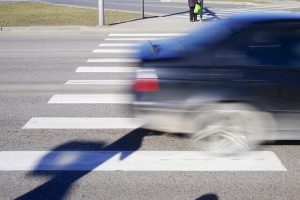 Santana was killed in the accident, which took place around 7 p.m. near Cottonwood Road. The California Highway Patrol said that Santana had been walking in the 1700 block of Cheatham Avenue when a Hyundai Sonata came up and crashed into her.

The driver of the Hyundai was identified as 21-year-old Omar Padilla, who had been speeding when he struck her. Santana was pronounced dead at the scene of the accident. Padilla allegedly fled the scene but then later returned, when he was arrested for his crime.

We wish to first extend our thoughts and prayers to the family of Norma Santana as they grieve and work through recovery at this time. We were extremely saddened to hear of this horrific pedestrian accident.

When a life is lost in a hit-and-run accident, the family might be able to recover from the liable party. It is sometimes difficult to locate the driver of one of these accidents due to their choice to flee the scene of an accident, but sometimes justice is brought. When a hit-and-run driver is caught by police, they will be charged with a crime, which can then be used to further your claim for damages after losing somebody close to you.

Luckily, you have a variety of options in your case and you are not alone. For the family of a victim whose life was taken too soon in one of these accidents, they can bring what is known as a wrongful death suit for damages like lost wages, medical bills incurred, funeral costs, burial costs, and more.

You have many rights and options in your case, which is why we want to speak with you immediately at the Los Angeles Injury Group. We want to help you get started on your case right away. Call us for more information at 310-954-7248.