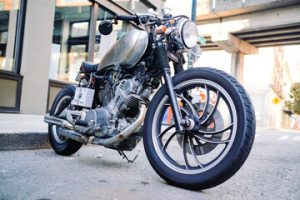 Bakersfield, CA (September 17, 2018) – Three pedestrians were hospitalized following a hit-and-run accident in Bakersfield. The accident happened along Truxtun Avenue on the evening of September 14.

Police arrived at the 1200 block of East Truxtun Avenue around 10:10 p.m. They said that three pedestrians had been walking on Truxtun when they were suddenly struck by a vehicle.

All three received varying injuries due to the crash. Two of the pedestrians had major injuries while the third person received minor wounds.

The three victims were all transported to local hospitals for treatment.

The driver did not stop to render aid for the pedestrians. Witnesses say that the suspect vehicle was a white pickup truck with major front-end damage.

In California, hit-and-run accidents happen every week, causing serious results for those involved. If you have been involved in one of these accidents, we offer our condolences to you and hope that you receive a speedy recovery during this difficult time.

If a driver makes the decision to flee the accident after they have struck you, they are breaking the law. If they are caught, this means that criminal penalties will stem from their case. If police construct a police report blaming them for the accident, there is a good chance that you will be able to use this information to further your claim.

If you or a loved one have been seriously injured due to the wrongdoing of another individual, you have rights and we want to speak with you at the Los Angeles Injury Group. Call us today for more information on how we can help at 310-954-7248.