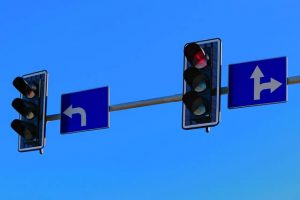 Arvin, CA (August 23, 2018) – The California Highway Patrol was called to the scene of an intersection accident when a big rig and a sedan collided with one another at Tower Line Road.

The accident took place around 7:58 a.m. yesterday. Authorities arrived at the scene and noticed that the big rig was blocking several lanes and resting on its side. A Chrysler sedan was also involved in the accident and CHP said that the person sustained moderate injuries in the accident.

Both the big rig and sedan were towed from the scene. It is possible that, after the investigation concludes, the driver of the big rig could be held liable for the collision once police investigators piece all of the information together.

Accidents take place at our intersections every year, causing serious injuries and more. Many of these accidents include those who don’t stop in time or don’t notice that the light changed, or those who are turning left in front of another party. Police will look at all factors in this accident from the speed that both parties were traveling at, whether or not drugs and alcohol were being used, and if there were mechanical issues involved.

If you have been involved in an accident and you believe that negligence might be at play, you have rights in your case. At the Los Angeles Injury Group, we are here for you to help you achieve the compensation you deserve during this difficult time. Call us for more information today at 310-954-7248.