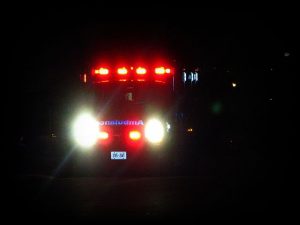 Aptos, CA (October 1, 2018) – One person was killed and two others were seriously injured in a fatal ATV crash that happened off of Redwood Heights Road in Aptos, according to police. The accident took place on Saturday, September 20 around 11:45 p.m.

At the time of the accident, Nicholas Zier was driving an ATV with two passengers on a private road. It is believed that Zier lost control of the ATV and caused it to overturn. Zier and the passengers were not wearing seatbelts, which caused every one of them to be ejected from the vehicle.

The woman involved in the accident was pronounced dead at the scene, even though those around her tried to revive her.

Zier was treated for injuries at the scene and then arrested on DUI charges.

ATV accidents have a high chance of serious injuries and fatality due to the fact that there are few protections on these vehicles. If you have lost somebody close to you in one of these accidents, you have options and rights.

Pending an investigation, officers at the scene will be able to make a determination of who is at fault for the serious injuries and fatality that resulted. If you are family members to the deceased, you might be able to work toward compensation to pay for aspects such as medical bills, lost wages, funeral costs, and more in the event of your accident.

Losing a loved one is a difficult thing to experience and, because of this, you might wonder if you have rights. If somebody has acted negligently, you have a right to receive compensation based on the premise of negligence and whether or not the driver was obeying the law at the time. The driver’s DUI charges could have a huge impact on your claim and make it easier for you to receive the compensation you deserve at this time.

At the Los Angeles Injury Group, we are here for you every step of the way when it comes to your case. Call us for more information on how we can assist you at this time at 310-954-7248. We are here to help in your time of need.