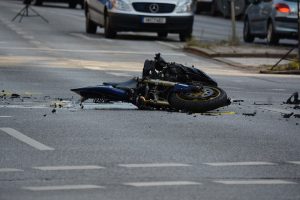 The accident was initially reported around 6:12 p.m. on eastbound Highway 91, which is just west of Gypsum Canyon Road. A motorcycle and two vehicles were involved in the crash.

A Good Samaritan responded to the scene and was able to get the motorcyclist out from under one of the vehicles because they were trapped. One person received major, life-threatening injuries and was taken to the hospital by ambulance.

Traffic was halted for several hours following the collision. At this time, the accident is under investigation.

We extend our sincerest condolences to you if you or someone you love has been seriously injured in a severe motorcycle crash. We understand that these accidents can be especially serious and even deadly. In fact, California is known for having the most motorcycle fatalities than any other state due to the fact that there are so many registered motorcyclists.

Motorcycle crashes are about 35 times more likely to be fatal than any other type of accident. You have many legal options for recovery if you have been injured in one of these accidents with a motor vehicle. We want to help in your time of need at the Los Angeles Injury Group. Call us for more information today at 310-954-7248.