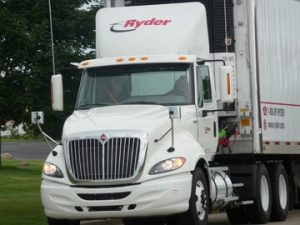 Alamo, CA (July 28, 2018) – A collision involving a semi truck caused major problems for motorists in Alamo on Friday afternoon.  Around 1:30, the truck was traveling north on the 680 Freeway at the Livorna Road on-ramp.  At that time, the truck collided with three other vehicles, causing a four-vehicle wreck.  One person suffered injuries in the crash and was transported to Kaiser Permanente Medical Center.  The injuries are not believed to be life-threatening.

Fire officials along with the California Highway Patrol investigated the crash.  Officials are still working to determine how the crash occurred.   No additional details have been released at this time.  The crash, which happened along the right shoulder, caused some delays on 680 while police worked to investigate the crash and clear away the scene.

We are glad to hear that everyone involved in this truck accident is expected to recover.  Sadly, that is not always the case when a truck accident occurs.  California has many freeways and heavily-traveled thoroughfares.  Trucks are out and about on a daily basis.  When a truck causes a collision, the results are often severe and catastrophic, leading to serious injuries including disfigurement and even death.

When you have been injured in a crash involving a semi truck, you need experienced legal representation.  These cases are complicated and it can be difficult to locate the responsible party.  Sometimes, different companies can own the truck cab and the trailer.  The driver may be employed by an entirely different company.  Things can quickly become messy.

If you have been injured in a Southern California truck accident, call our Los Angeles truck accident attorneys today for your free consultation.  At the Los Angeles Injury Group, we help people who have been the victims of negligence on our streets and roadways.