6 of the Most Common Amusement Park Accidents

When you and your family make the effort to go on vacation at an amusement park, you are under the assumption that you will have a safe and enjoyable experience. Amusement park accidents, unfortunately, do happen. According to the CPSC (Consumer Product Safety Commission), there were approximately 30,000 people injured at amusement parks in the year 2016. Those are only numbers for those who went to an emergency room after the accident, but analysts suspect there is a much larger portion of the population that goes untreated after sustaining an amusement park-related injury. What’s more is that at least half of amusement park injuries happen to children. Lack of regulation may be to blame, in part, for this steady increase in park injuries throughout the years. Since there is no official governing body that regulates parks, most jurisdiction is left to state and local governments. While hopefully, an amusement park accident never happens to you or your loved ones, we’ve put together a list of the six most common injuries that you should look out for.

Head, Neck, and Back Injuries 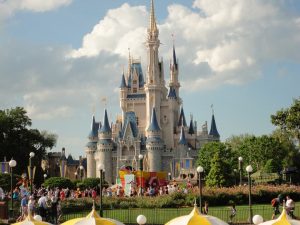 A ride may not necessarily be defective for you to sustain significant injuries. For example, the sheer force of being on a high-velocity roller-coaster or a sudden impact from bumper cars can be enough to cause a sprain or strain.

In cases where traditional restraints fail to keep the rider in place, or some other form of malfunction occurs, a rider may fall or be thrown from a ride.  In some cases, these accidents can be fatal.

Stroke can be one of the complications resulting from neck and head injuries. In the vent of traumatic force, a tear in blood vessels can lead to blood clots.

Another fairly common injury is a TBI or a traumatic brain injury. Trauma, in this case, defines any sort of sudden force that causes physical damage to the body.

Drownings occur most commonly in water parks or amusement parks that feature rides such as “lazy rivers” and waterslides.

Other injuries can be sustained throughout the park as well, even if it doesn’t happen on a ride. Just as with any other location, amusement parks have their fair share of slip and fall accidents, leading to broken bones.

There are a number of different scenarios that can lead to injury as well. A ride can undergo mechanical failure, where one component triggers the accident such as a coaster car detaching from the rest of the train. Other problems could arise from employees improperly operating the ride. They can abruptly stop a park ride, which can lead to injuries. In addition, injuries can be sustained because of a rider or passenger’s failure to follow park rules and regulations. If you or a loved one was injured at an amusement park, know that you may be entitled to compensation. Call our Los Angeles Injury Group team at 310-954-7248 today for a free consultation.